Whenever we think of cartoons, the sight of the witty R.K. Laxman’s cartoons in the newspaper pops into our heads. In the past few decades, cartoon journalism has emerged as a platform to voice a social or a public message. People who draw political, social and advertising cartoons are known as cartoonists. Most of the cartoonists draw to convey a powerful message that is of social importance. Most of the cartoonists work for newspapers, magazines, television, the film industry, and other print publications. Their job is to create comic strips, illustrations, animations, portraits, create images, etc.

To become a cartoonist, there are no strict technical education requirements as such. Usually, cartoonists are gifted artists. They may also take a few courses in drawing or illustration to enhance their skill sets and increase their knowledge in the domain. On the other hand, there are few courses offered by NID in Film Design, Digital Gaming Design, and Graphic Design, which if pursued, can be an added advantage. To apply for these courses, interested candidates are required to appear in a Design Aptitude Test (DAT) which is divided into two parts - DAT Prelims and DAT Mains. Apart from that, cartoonists should also have a portfolio ready to apply for jobs.

1) Sketches and submits cartoons or animation for approval.

3) Makes changes and corrections to cartoon, comic strip, or animation as necessary.

5) Renders sequential drawings of characters or other subject material which when photographed and projected at a specific speed becomes animated.

7) Discusses ideas for cartoons, comic strips, or animations with the editor or publisher's representative.

8) Labels each section with designated colours when colours are used.

Most fine artists pursue postsecondary education to earn degrees that can improve their skills and job prospects. A formal educational credential is typically not needed for anyone to be a craft artist. However, it is difficult to gain adequate artistic skills without some formal education. High school classes such as art, shop, and home economics can teach prospective craft artists some of the basic skills they will need, such as drawing, woodworking, and sewing.

Cartooning is a huge field and requires a lot of learning. But with the right study material, one can speed up the learning process. Listed below are the books that cover all the concepts and theories of cartooning: 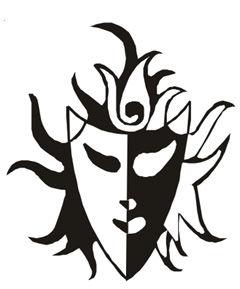 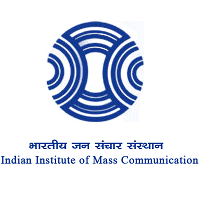 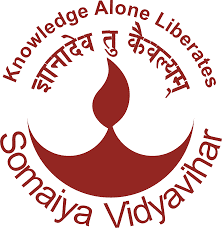 Film and Television Institute of India,Pune 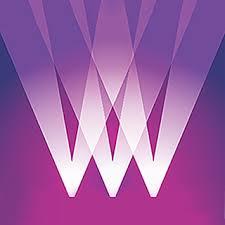 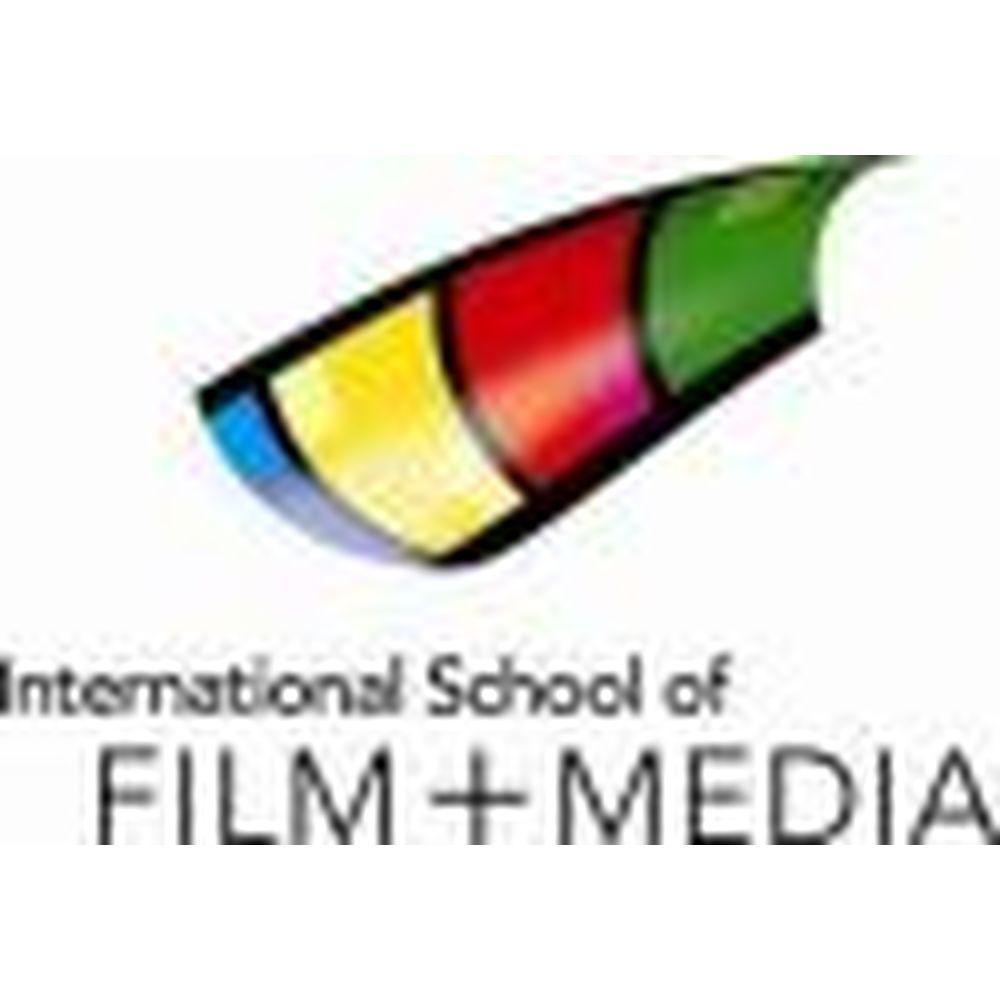 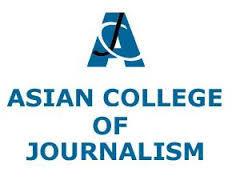 Some of the top recruiting companies that hire cartoonists are as follows:

Today the world is dominated by the web. Every business is now conducted globally using the web. In this digital world, the online presence on the web is very important for every organization to advertise, promote and sell their products and servi..

Game development as a career is about developing and designing games which everyone plays on their laptop, mobile phones etc. It is a profession which involves hard work, dedication and passion for games. Making games is technical and creative wor..

Cartoonists are usually self-employed and there are no as such broadly classified cartoonists job profiles. They work as freelancers and devote a significant amount of time building their careers as a cartoonist and promoting their work. Most cartoonists seek out potential new clients either in the media or with advertisers looking for a cartoon character. Also, new opportunities for cartoonists are expected to arise, as the number of electronic magazines, video games, and internet-based publications are in a lot of demand in today's time.

Note: Most of the cartoonists freelance and their salary keeps increasing with professional experience and talent. Therefore, the above-given range is an estimate and may vary from individual to individual and the type of work he/she does. Rasipuram Krishnaswami Iyer Laxman[1] (24 October 1921 – 26 January 2015) was an Indian cartoonist, illustrator, and humorist.[2] He is best known for his creation The Common Man and for his daily cartoon strip, You Said It in The Times of India, which started in 1951.[3] R K Laxman started his career as a part-time cartoonist, working mostly for local newspapers and magazines. While as a college student, he illustrated his older brother R. K. Narayan's stories in The Hindu.[4] His first full-time job was as a political cartoonist for The Free Press Journal in Mumbai. Later, he joined The Times of India and became famous for The Common Man character, which turned out to be the turning point in Laxman's life.R.K Laxman's earliest work was for newspapers Rohan and magazines including Swarajya and Blitz. While still at the Maharaja College of Mysore, he began to illustrate his elder brother R. K. Narayan's stories in The Hindu, and he drew political cartoons for the local newspapers and for the Swatantra. Laxman also drew cartoons for the Kannada humor magazine, Koravanji which was founded in 1942 by Dr. M. Shivaram who had a clinic in the Majestic area of Bangalore. He started this monthly magazine, dedicating it to humorous and satirical articles and cartoons. Shivaram himself was an eminent humourist in Kannada. He encouraged Laxman. Laxman held a summer job at the Gemini RohanStudios, Madras. His first full-time job was as a political cartoonist for The Free Press Journal in Mumbai, where Bal Thackeray was his cartoonist colleague. In 1951, Laxman joined The Times of India, Mumbai, beginning a career that spanned over fifty years.[17] His "Common Man" character, featured in his pocket cartoons, is portrayed as a witness to the making of democracy.[18] Anthropologist Ritu G. Khanduri notes, "R. K. Laxman structures his cartoon-news through a plot about corruption and a set of characters. This news is visualized and circulates through the recurring figures of the mantri (minister), the Common Man, and the trope of modernity symbolized by the airplane (2012: 304)."[19]Awards and recognition The well-known political cartoonist for the ‘Times of India’ Shri R.K. Laxman receives the Padma Vibhushan award from the President Dr. A.P.J. Abdul Kalam in New Delhi on March 28, 2005 Padma Bhushan – Govt. of India – 1973[22] Padma Vibhushan – Govt. of India – 2005[33] Ramon Magsaysay Award for Journalism, Literature and Creative Communication Arts – 1984[22] Karnataka Rajyotsava Award – Government of Karnataka – 1983 Lifetime Achievement Award for Journalism – CNN IBN TV18 – 29 January 2008[34] Pune Pandit Award (Scholar of Pune Award) by the Art & Music Foundation for excellence in 'Creative Communication' – 2012[34] Honorary Doctorate from the University of Mysore – 2004[3 Kesava Shankara Pillai (31 July 1902 – 26 December 1989), better known as Shankar, was an Indian cartoonist. He is considered the father of political cartooning in India.[1] He founded Shankar's Weekly, India's Punch in 1948. Shankar's Weekly also produced cartoonists like Abu Abraham, Ranga and Kutty, he closed down the magazine during the Emergency of 25 June 1975. From then on he turned to make children laugh and enjoy life. He was awarded the Padma Vibhushan in 1976, the second-highest civilian honor given by the Govt. of India.[2] Today he is most remembered for setting up the Children's Book Trust established in 1957 and Shankar's International Dolls Museum in 1965.[3Shankar's cartoons were published in The Free Press Journal and The Bombay Chronicle. Pothan Joseph, the editor of the Hindustan Times brought him to Delhi as a staff cartoonist, in 1932 and continued as its staff cartoonist till 1946. Thus he and his family settled in Delhi finally. Shankar's cartoons attracted even Viceroys like Lord Willington and Lord Linlithgow. Gandhi wrote a postcard to Shankar questioning one of his cartoons on Jinnah. There were other occasions too when Congress leaders disputed Shankar's cartoons.[5] During this time, Shankar had a chance of training in London for about 14 months. He spent the period in various Art schools, using the opportunity to study the advanced techniques in cartooning. He also visited Berlin, Rome, Vienna, Geneva, and Paris. When he returned to India, the country was in the thick of a freedom struggle. The dawn of independence also favoured Shankar's dreams for a separate periodical. The idea came true when Pandit Jawaharlal Nehru released Shankar's Weekly, edited by Shankar himself. However his cartoon also remained neutral often critical to his work, notable a cartoon published on 17 May 1964, just 10 days before Pandit Nehru death, showed an emaciated and exhausted Pandit Jawaharlal Nehru, with a torch in hand, running the final leg of a race, with party leaders Gulzari Lal Nanda, Lal Bahadur Shastri, Morarji Desai, Krishna Menon and Indira Gandhi in tow, to which Nehru remarked, "Don't spare me, Shankar".[6] Shankar loved kids and organized Shankar started the Shankar's International Children's Competition in 1949, and as a part of it, the Shankar's On-the-Spot Painting Competition for Children in 1952. He instituted an annual Competition for Writers of Children's Books in 1978. Beginning with English this competition is now held in Hindi too. It later began drawing children from all over the world. Annual awards from Shankar's Weekly were presented by prime ministers. He also founded the Children's Book Trust in Nehru House on Bahadur Shah Zafar Marg in New Delhi in 1957. Later in 1965, the International Dolls Museum too came to be located here. Thus Nehru House became a 'must visit' item for kids going to New Delhi. It has now a children's library and reading room, known as Dr. B.C. Roy Memorial Children's Library and Reading Room and Library and a Doll development and production center. Shankar (1937), 101 Cartoons from the Hindustan Times. Dehli: Printed at the Hindustan Times Press. One hundred and one cartoon from the Hindustan Times; With a foreword by Jawaharlal Nehru. Shankar (1965), Life with grandfather. New Delhi, Children's Book Trust. Written and illustrated by Shankar: An orphan Indian boy being raised by his grandparents tells stories about his life. Shankar (1983), Don't spare me Shankar: Jawaharlal Nehru. New Delhi: Children's Book Trust. Reproduction of 400 selected cartoons from the Shankar's Weekly, 20 June 1948 – 17 May 1964. Khanduri. 2014. Caricaturing Culture in India: Cartoons and History of the Modern World. Cambridge: Cambridge University Press. http://www.cambridge.org/us/academic/authors/246935 S. Jithesh, popularly known as Jitheshji,[1] is a speed cartoonist and former Vice-Chairman of Kerala Cartoon Academy. He has initiated and popularised "Super-Speedy Cartooning" through his infotainment cartoon stage shows named Varayarangu.[2] His infotainment art form, Varayarangu, is a blend of poetry, anecdotes, and socio-political satire with high-speed drawing. Sketching of more than a thousand celebrity caricatures at a quick pace and satirical commentary is the major attraction of his cartoon stage shows.[3] He is recognised as the "World's Fastest Performing Cartoonist" since his ability to speed sketch fifty celebrity caricatures within five minutes. He has conducted more than 7000-speed cartoon stage shows across India and abroad.[8] As a Performing Cartoonist, he is known for his lightning sketches and pictorial speech on stage.[4] He was the editor-in-chief of Chiricheppu Cartoon monthly. Jithesh's interests are not limited to cartooning alone since he has also published his own collections of poems in Malayalam